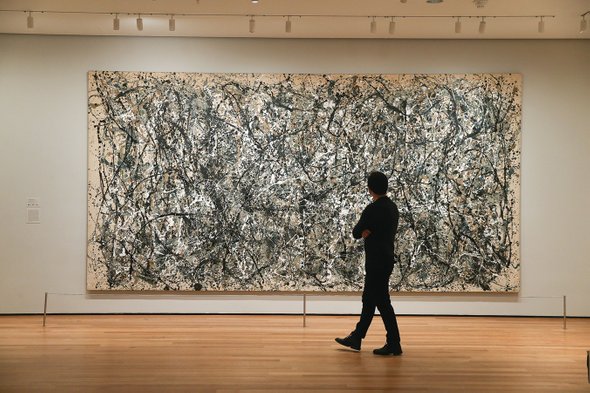 For the romantics among us, physicist Haroldo Ribeiro’s recent work might seem prosaic. He has developed a computer program that deconstructs works of art into sets of numbers. Now Ribeiro has applied his physics-inspired metrics to nearly 140,000 digitized paintings indexed on the visual art encyclopedia WikiArt to look for trends in the evolution of painting styles.

The process, described by Ribeiro and his colleagues last September in the Proceedings of the National Academy of Sciences USA, involves assessing the complexity and entropy, or disorder, of these digitized artworks. Complexity is based on the variability of patterns within each image, ranging from highly variable (more complex) to uniform (less complex). Entropy is determined by the degree of chaos in the image; the more “regular” the painting, the lower the entropy.

The new algorithm analyzes two-by-two grids of pixels within each painting and scores them using the two metrics. Ribeiro and his colleagues observed that shifts in the magnitude of complexity and entropy among various paintings mirror stylistic shifts throughout art history. Modern art—with blended edges and loose brushstrokes—generally possesses low complexity and high entropy. Postmodern art, a simpler style with recognizable objects and stark, well-defined edges (for example, Andy Warhol’s soup cans), has high complexity and low entropy. In the late 1960s there was a rapid shift from modern to postmodern art; the algorithm is able to quantify the extremity of this shift.

These simple metrics could be used to better understand how art has evolved, capture information about various artistic periods and determine how these periods interacted, the researchers say. By learning from these patterns, the program could even be used to sort lesser-known works of art into specific artistic styles.

Maximilian Schich, a professor of arts and technology at University of Texas at Dallas, is in favor of the cross-disciplinary research. “One thing I think is very elegant in this paper is that they look at the complexity at the local level, the pixels and the surrounding pixels,” Schich says. “You could say, ‘Yeah, that’s too simple—it doesn’t explain all of the painting.’ But it’s research that is valuable.”

Read the story at: https://www.scientificamerican.com/article/computer-program-measures-the-entropy-of-art/

Read our article: History of art paintings through the lens of entropy and complexity