Knowridge Science Report: The advantage of playing home in NBA 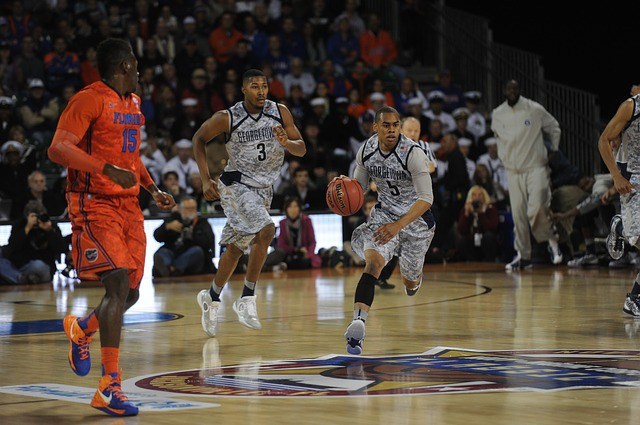 It is well known that when a team plays home its success rate will increase. For example, in baseball and hockey, the boost is about 8%; in international football, the increase can be 25%.

In the NBA history, home teams have won about 60% of their games. This so-called “home advantage phenomenon” has motived lots of research since 1977.

However, it is still unknown how the home advantage changes within game events.

In an article recently published in PLoS ONE, researchers conducted a detailed study to examine this phenomenon in NBA games.

In addition, the average final score in the home team is about 3.3 points higher than that in the co-court guest team.

In teams such as New Jersey Nets (Brooklyn Nets) and Portland Trail Blazers, the differences between the final scores in home and guest teams are small (about 0.04 point per minute more in home matches).

In teams like Cleveland Cavaliers and Houston Rockets, however, the differences are larger (0.16 point per minute more when playing home).

Another interesting finding is that the largest score gap between the home and guest teams occurs in the first quarter and that the gap reduced gradually as the game progresses.

This might be caused by the intense reception of the home team by its fans and the unfamiliarity of the guest team with its audience.

Taken together, the study provides new clues about the role of playing home and away in sport competitions.

In the future, research will distinguish the home advantage in different sports (e.g., independent sports like baseball, and cooperative sports like soccer and basketball).

Read the story at: https://knowridge.com/2016/07/advantage-playing-home-nba

Read our article: The advantage of playing home in NBA: microscopic, team-specific and evolving features