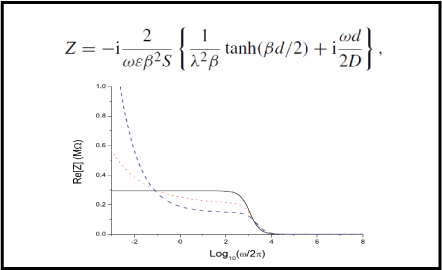 The contribution of ions to the electrical impedance of an electrolytic cell limited by perfect blocking electrodes is determined by considering the role of the anomalous diffusion process and memory effects. Analytical solutions for fractional diffusion equations together with Poisson’s equation relating the effective electric ﬁeld to the net charge density are found. This procedure allows the construction of general expressions for the electrochemical impedance satisfying the Kramers–Kronig relations when the diffusion of ions in the cell is characterized by the usual, as well as by anomalous, behavior.