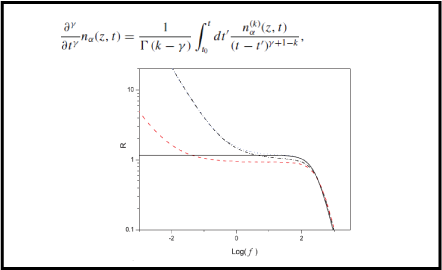 The electrical response of an electrolytic cell in which the diffusion of mobile ions in the bulk is governed by a fractional diffusion equation of distributed order is analyzed. The boundary conditions at the electrodes limiting the sample are described by an integro-differential equation governing the kinetic at the interface. The analysis is carried out by supposing that the positive and negative ions have the same mobility and that the electric potential proﬁle across the sample satisﬁes the Poisson’s equation. The results cover a rich variety of scenarios, including the ones connected to anomalous diffusion.