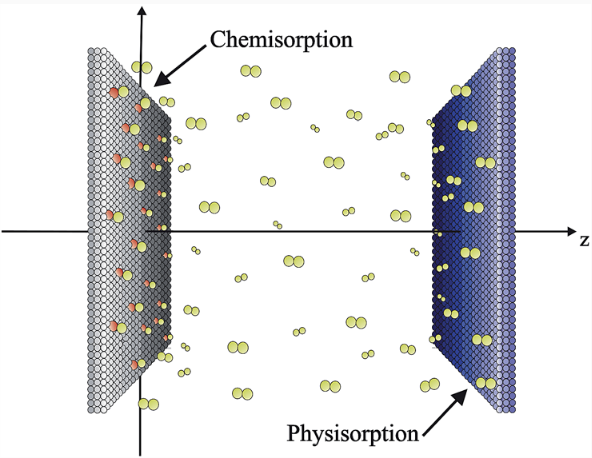 A confined liquid with dispersed neutral particles is theoretically studied when the limiting surfaces present different dynamics for the adsorption–desorption phenomena. The investigation considers different non-singular kernels in the kinetic equations at the walls, where the suitable choice of the kernel can account for the relative importance of physisorption or chemisorption. We find that even a small difference in the adsorption–desorption rate of one surface (relative to the other) can drastically affect the behavior of the whole system. The surface and bulk densities and the dispersion are calculated when several scenarios are considered and anomalous-like behaviors are found. The approach described here is closely related to experimental situations, and can be applied in several contexts such as dielectric relaxation, diffusion-controlled relaxation in liquids, liquid crystals, and amorphous polymers.