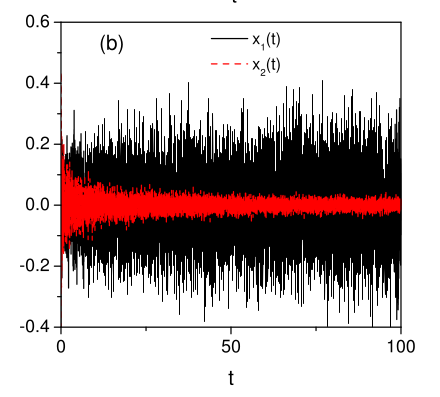 We investigate the solutions for a set of coupled nonlinear Fokker–Planck equations coupled by the diffusion coefficient in presence of external forces. The coupling by the diffusion coefficient implies that the diffusion of each species is influenced by the other and vice versa due to this term, which represents an interaction among them. The solutions for the stationary case are given in terms of the Tsallis distributions, when arbitrary external forces are considered. We also use the Tsallis distributions to obtain a time dependent solution for a linear external force. The results obtained from this analysis show a rich class of behavior related to anomalous diffusion, which can be characterized by compact or long-tailed distributions.