The Physics of Cities 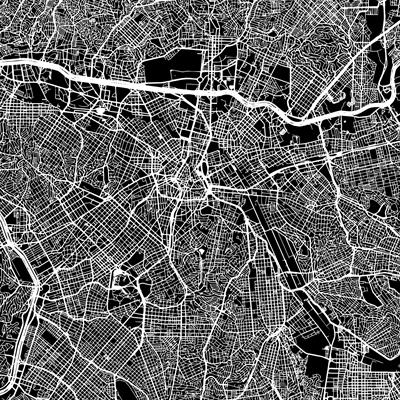 The word “physics” can be understood in at least two ways. First, based on the Greek origin of the word, physics means nature. Accordingly, when we state our intention to understand the physics of a phenomenon, we want to know how and why it behaves as it does. In other words, understanding the nature of something - be it a natural phenomenon or a concept - means that we comprehend the mechanisms governing the underlying system. The second meaning of the word “physics” is related to the field of study or knowledge area; that is, to all theoretical and experimental tools developed by physicists to understand our universe. These two meanings of the word “physics”, to some extent, appropriately describe a research area that has been highly active in recent years and is aimed at understanding the nature of cities through theoretical tools from physics. Many believe these studies mark the birth of a new discipline - a “new science of cities” - that aims to understand cities from the complexity science perspective.

Indeed, in the last few years, the physics community has made a breakthrough in understanding urban phenomena. In part, this ongoing progress is a consequence of a progressive and expressive increase in the amount of data available regarding the dynamics of urban life, but it is also driven by the necessity of unified theories to explain and propose experiments. These two elements, a massive volume of data and theories, which are so familiar to physicists, are essential for researchers to develop systematic ways to identify, describe, and explain commonalities, regularities, and universal patterns in cities - goals that were central to this Research Topic.

This special issue started with the article of Operti et al., which proposed a novel methodology to define and quantify the topography of racial residential segregation in large urban areas. By applying their method to New York City and using data from 1990 to 2010, Operti et al. investigated the dynamics of racial segregation for four racial categories as well as how it correlates with income, property values, and gentrification within neighborhoods. They reported that income inequality is higher in regions with high population densities of two or more races and that a positive flux of white citizens associates with an increase in property values, while the opposite is observed for places with a positive flux of black citizens. Furthermore, their approach also allowed the identification of the two largest displacements of black citizens and the emergence of gentrified regions. The second contribution was made by Hayata, who focused on the empirical distributions of population, population density, and area of Japanese municipalities broken down into the 47 prefectures (regions or provinces) that constitute the country. Hayata used rank-size plots (also called Zipf plots) and tested different rank-size rules for the municipalities with a particular interest in urban areas. The author further considered that cities are competing for the extension of their areas and proposed a simple model inspired by sports tournaments, which in turn motivated an analysis of urban area evolution in the view of global warming and consequent shrinking of the land sizes. Gere et al. contributed the third article of this collection where wealth distribution in villages of the commune Sâncraiu (Kalotaszentkirály) - a well-delimited region in Transylvania (Romania) - was studied using a unique dataset spanning radically different economic contexts: before collectivization imposed by communist (1961), the latest year of the communist regime in Romania (1989), and the current situation after over 30 years of the free-market economy (2021). Using an exactly solvable master equation, the authors were capable of realistically describing income dynamics and its distribution as well as discussing the observed socioeconomic changes. Among other findings, Gere et al. reported that the “rich gets richer” or the Matthew effect emerges with the fall of communism, which in turn is modeled as a linear growth rate.

In the fourth work of this research topic, Bassolas et al. also focused on spatial segregation, but instead of race, they investigated the spatial heterogeneity of different income categories in United States cities based on diffusion and synchronization dynamics occurring over a graph, where nodes are spatial units and connections indicate spatially adjacent units. Bassolas et al. used the time needed to reach the synchronization to quantify spatial heterogeneity, and among other findings, they reported that low- and high-income categories are more segregated in space than middle-income categories. Curiel, Cabrera-Arnau, and Bishop contributed the fifth article of this collection, in which the impact of city size on nearby cities was addressed using data from over two thousand African cities. The authors constructed the urban road network among these cities and proposed an approach to determine regions of influence of cities from this network. They then used urban scaling models to investigate the relationship between city size and characteristics of their regions of influence, finding that the size of a city impacts not only its urban indicators but also the indicators of neighboring cities. In particular, they reported that large cities drive urban emergence and growth of other cities even hundreds of kilometers apart. Finally, the article by Molinero closed this special issue by presenting an analytical framework based on fractal theory to model urban growth. This theoretical approach was capable of describing many features of cities, including scaling laws with population size and the fractal nature of cities, and proved helpful in modeling urban growth with a case set on the United Kingdom system.

This Frontiers special issue has thus shed light on different urban phenomena through the unique lens of complexity science and physics. The published papers have contributed to the identification of novel regularities and connections between city properties, and we hope they will positively impact decision-making by public planners to optimize infrastructure and foster the economic development of urban areas.