Engagement in the electoral processes: Scaling laws and the role of the political positions 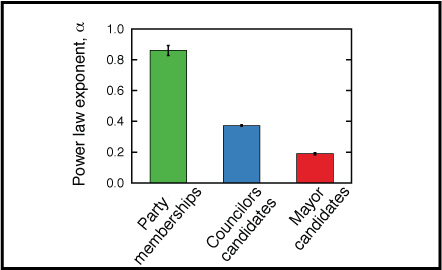 | PDF We report on a statistical analysis of the engagement in the electoral processes of all Brazilian cities by considering the number of party memberships and the number of candidates for mayor and councillor. By investigating the relationships between the number of party members and the population of voters, we have found that the functional form of these relationships are well de- scribed by sub-linear power laws (allometric scaling) surrounded by a multiplicative log-normal noise. We have observed that this pattern is quite similar to those previously-reported for the relationships between the number candidates (mayor and councillor) and population of voters [EPL 96, 48001 (2011)], suggesting that similar universal laws may be ruling the engagement in the electoral processes. We also note that the power law exponents display a clear hierarchy, where the more influential is the political position the smaller is the value of the exponent. We have also investigated the probability distributions of the number of candidates (mayor and councilor), party memberships and voters. The results indicate that the most influential positions are characterized by distributions with very short-tails, while less influential positions display an intermediate power law decay before showing an exponential-like cutoff. We discuss that, in addition to the political power of the position, limitations in the number of available seats can also be connected with this changing of behavior. We further believe that our empirical findings point out to an underrepresentation effect, where the larger city is, the larger are the obstacles for more individuals to become directly engaged in the electoral process. 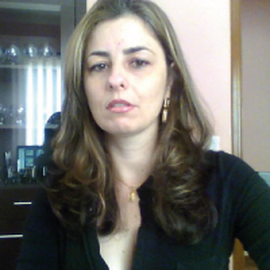