Very prolonged practice in block of trials: Scaling of fitness, universality and persistence 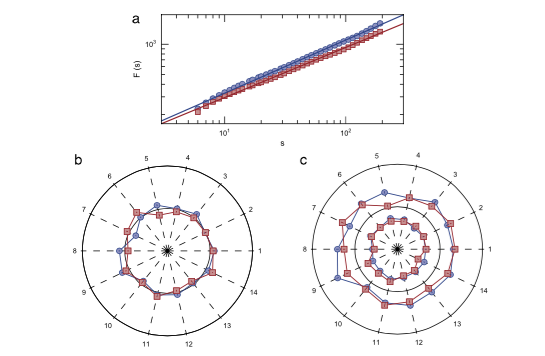 In this study, we analyze the reaction times obtained from participants in a psychomotor activity composed of a large number of trials without breaks. We numerically evaluate the learning factor directly obtained as the interevent time in the subsequent trials comparing two different blocks of trials. We investigate the learning in terms of average values and their respective variability. In a broader scenario, we show that the learning can be associated with a scale factor acting over the reaction times. Aside from the fitness improvement, we identify that the reaction times have a positively skewed distribution, while their differences are distributed symmetrically as a Laplace distribution whose width diminishes with practice. We found that the differences of the reaction times after practicing become smaller obeying a linear rule. In addition to these universal patterns, we verify that the performance fitness does not exhibit persistence, but their differences do exhibit persistent behavior on the absolute values and anti-persistent behavior for the signs.