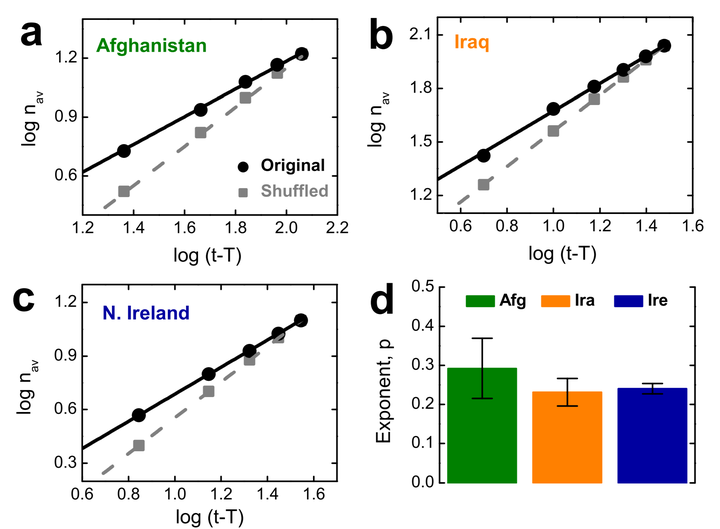 We study relaxation patterns of violent conflicts after bursts of activity. Data were obtained from available catalogs on the conflicts in Iraq, Afghanistan and Northern Ireland. We find several examples in each catalog for which the observed relaxation curves can be well described by an asymptotic power-law decay (the analog of the Omori’s law in geophysics). The power-law exponents are robust, nearly independent of the conflict. We also discuss the exogenous or endogenous nature of the shocks. Our results suggest that violent conflicts share with earthquakes and other natural and social phenomena a common feature in the dynamics of aftershocks.